Welcome to the Jikishin-Kai International!

The original Jikishin-Kai International, also known as "the JKI," was founded by Shimabukuro Masayuki Hidenobu in 1993 in San Diego, California, USA.  It was originally formed to serve as the international arm of the Nippon Kobudō Jikishin-Kai, headquartered in Osaka, Japan.  The JKI grew quickly in the 1990s and soon had affiliated dōjō in nearly every US state, most South and Central American countries, and across much of Europe.

After Shimabukuro Hanshi's death in 2012, the spirit of the JKI was carried on for the next ten years by his widow, Shimabukuro Kanako, and many of Hanshi's former students.  The JKI hombu dōjō in the San Diego community of Clairemont remained open and continued to embody the philosophy and teachings of its founder until early 2022.

In the spring of 2022, Mrs. Shimabukuro made the difficult decision to return to Japan in order to care for her aging mother and the San Diego dōjō was permanently closed.  A domain name piracy company acquired the "jikishin-kai.com" domain after it went into disuse, so one of Hanshi's former students, Len Pellman, established the "jikishin-kai.org" domain in order to ensure that the name would be preserved as a memorial to Hanshi and not misused by people who were never affiliated with him or the JKI.  The organisation name, "Jikishin-Kai International" had also gone dormant in the State of California, so Pellman Shihan reqistered the name in the State of Texas to ensure its preservation and availability for use by former students and affiliates of Shimabukuro Hanshi's JKI, should they ever decide to use it.

Over the next several months a series of discussions were held by seven of Shimabukuro Hanshi's former students about the possibility and purpose of reconstituting and reactivating the JKI, primarily for the purpose of promoting Shimabukuro-Ha Shitō-Ryū as a unique and exceptional branch of karate-dō, but also to preserve and promulgate his distinctive approaches to other forms of budō, including Ryūkyū kobujutsu, iaijutsu, and jōjutsu.  On 30 September 2022, the seven individuals (whom we now refer to as the organising committee) voted to reconstitute and revive the JKI as the governing organisation for Shimabukuro-Ha Shitō-Ryū karate-dō and a source of information, training, consultation, and accredition for the other forms of budō Shimabukuro Hanshi taught.

The organising committee began moving forward with the endeavor on 01 October 2022.  As of this writing (15 October 2022), the Jikishin-Kai International has been registered as a non-profit organisation in the state of Texas, and we are developing our Constitution and By-Laws, operating procedures, policies, and initial budget at this time.  Our goal is to have the revived JKI fully operational effective 01 January 2023.

The organising committee has conceived the revived JKI to be an organisation operated for the benefit of its member dōjō.  It will be run by a quasi-democratic process in which most decisions will be made by a simple majority vote of the Directors, but major decisions and expenditures will require a two-thirds or three-fourths majority.  Its primary activities will be to establish uniform standards for membership and promotion in rank, to administrer and accredit the awarding of dan ranking, and to hold events like seminars, shinsa, and gasshuku that promote camaradarie, cooperation, cohesiveness, and growth among members.

If you are a former student of Shimabukuro Hanshi or a JKI-affiliated dōjō and would like to be part of future discussions about the fate of the organisation, please email us at info@seishin-kan.org to be added to the mailing list.  You are also welcome to join our Facebook group to keep up to date on our progress and provide any input you wish to contribute to the discussions and decisions.  There are many details as yet to be worked out.

The Legacy of Shimabukuro Hanshi

Mention has been made several times on this website of the legacy, philosophy, and teachings of Shimabukuro Hanshi, so it seems appropriate to outline some of their major elements.

To begin with, there are the major types of Japanese and Okinawan budō that Shimabukuro Hanshi taught to his students.  These include:    Shitō-Ryū Karate-dō, Okinawa Kobujutsu, Musō Jikiden Eishin-Ryū Iaijutsu, Shindō Musō-Ryū Jōjutsu, and Ono-Ha Ittō-Ryū Kenjutsu.  In addition to these major styles of budō, Shimabukuro Hanshi also taught several of the ancillary arts (fuzoku ryū) associated with them, including Uchida-Ryū Tanjōjutsu, Shindō-Ryū Kenjutsu, and Ikkaku-Ryū Tessenjutsu and Juttejutsu.  Not all of Shimabukuro Hanshi's students trained in all of these arts, but most trained in more than one of them.

To each of the arts he taught, Shimabukuro Hanshi brought the sum total of his training in all of those arts, as well as a profound understanding of the origins and philosophy guiding the use and purpose of each.  The most notable  example of this was his unique depth and breadth of  understanding of karate-dō.   His introduction to the art of karate was as a student of Shōrinji Kempō under that system's founder, Sō Dōshin.  Shōrinji Kempō is characterised by its blend of gōhō ("hard" striking techniques) and jūhō ("soft" grappling techniques) into a unified system.   After two years of training in Shōrinji Kempō, Shimabukuro Hanshi became a direct student of Hayashi Teruō, the founder of Hayashi-Ha Shitō-Ryū karate.  Hayashi-Ha Shitō-Ryū is itself a blend of Shito-Ryu as taught to him by Kuniba Kōsei, a senior student of Mabuni Kenwa, and Ryūei-Ryū, an Okinawan style unique to the Nakaima family.  A major emphasis of Hayashi-Ha is tournament competition, especially kumite (sparring), so Shimabukuro Hanshi became a strong competitor and a trainer of tournament champions.

In 1993, Shimabukuro Hanshi and Pellman Shihan performed an iaidō demonstrations at Ozawa Osamu's Las Vegas international karate tournament.  Another guest at that tournament was Mabuni Kenzō, son of Shitō-Ryū founder, Mabuni Kenwa.  Shimabukuro Hanshi asked Pellman Shihan to attend one of Mabuni Sōke's training sessions and report his observations about it.  He did so again in 1994, after which Shimabukuro Hanshi held a series of discussions with Mabuni Sōke that resulted in the JKI formally affiliating with Mabuni Sōke's Seitō Shitō-Ryū organisation in 1995.  Mabuni Sōke's approach to karate instruction was nearly the opposite of Hayashi-Ha.  Mabuni Sōke was resolutely opposed to treating karate as a sport, instead insisting that "karate is for killing" and should be practiced with the mindset that every technique is potentially disabling or lethal.  Over the next ten years, Shimabukuro Hanshi drastically altered his approach to teaching Shitō-Ryū and greatly reduced his emphasis on tournament competition, focusing instead on bunkai (technical analysis) and ōyō (practical application in life-or-death combat).  By combining his knowledge of Shōrinji Kempō, Hayashi-Ha Shitō-Ryū and Seitō Shitō-Ryū, Shimabukuro Hanshi developed a unique approach to karate training that we now call Shimabukuro-Ha Shitō-Ryū.

Shimabukuro Hanshi's knowledge of budō was truly encyclopedic.  He usually had to perform a technique or even an entire kata only once to remember it and be able to repeat it flawlessly.  He also had a remarkable gift for being able to apply the principles of one style or art to another, meaning that his understanding of one art or style was the fusion of his knowledge of several other arts and styles.  These abilities not only produced Shimabukuro-Ha Shitō-Ryū as a distinct branch of the Shitō-Ryū style, but made his approach to Okinawa kobujutsu, iaijutsu, kenjutsu, jōjutsu, and other arts uniquely his.   One of the more obvious examples of this was his approach to Okinawa kobujutsu.  Although most of his formal instruction was in Hayashi Teruō's Kenshin-Ryū, Shimabukuro Hanshi knew and taught to interested students at least a dozen kata derirved from other systems.  His Okinawa kobujutsu was thus an eclectic blend exclusively his own and grounded in the fundamentals of stance, alignment, posture, and movement of several forms of budō.

The common thread in all of Shimabukuro Hanshi's budō instruction, however, was combat effectiveness.  To Hanshi, posture, stance, footwork, kamae (physical structure), alignment, and technical correctness only had value insofar as they produced techniques that actually work in real combat against a well-trained, proficient opponent who is trying earnestly to kill you.  All of his instruction, especially in the last decade of his life, emphasised realism and combat effectiveness over form and appearance.  "There is no point looking good while you get killed.  Better you look terrible and survive."

Posted by Michaela Noland on 15 October 2022 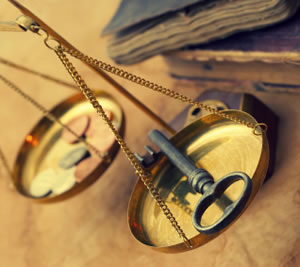 In furtherance of the vote of our organising committee, we have now formed and legally filed the Jikishin-Kai International as a non-profit organisation in the state of Texas.  This not only establishes a legal entity that will continue to preserve and promote the legacy of the original JKI, but also provides a legal basis upon which to ensure that the names, "Jikishin-Kai" and "JKI" are not misused by any person or organisation that has no legitimate affiliation with Shimabukuro Hanshi or his original JKI.

Similarly, we have acquired the internet domain name, "jikishin-kai.org" in order to protect the Jikishin-Kai name from misuse on the worldwide web, or its acquisition and sale by domain name pirates. Although the Jikishin-Kai name fell into disuse and was legally abandoned subsequent to Shimabukuro Hanshi's death, it has now been reestablished by this successor organisation, so that any necessary steps can be taken to preserve and maintain it for the exclusive use of those former yūdansha of Shimabukuro Hanshi who are working to preserve and promulgate his legacy and teachings.

Similarly, although the "JKI" logotype used on this website, consisting of the maru ni ken-katabami kamon centered in a crane tsuba, which was originally designed by Leonard Pellman for Shimabukuro Hanshi, is now considered to be the property and logotype of the reconstituted Jikishin-Kai International.  Pellman Shihan has expressly relinquished and transferred to the revived JKI any and all claims of ownership or successorship he may have had as its creator.

This website was created for the Jikishin-Kai International on 24 July 2022 following the closure of the JKI's hombu dōjō in San Diego, California in late spring.

Its initial purpose was to preserve the name, logotype, and legacy of Shimabukuro Hanshi and his JKI for use by his former yūdansha.

The Organising Committee has reconstituted and revived the JKI, so this website now serves as its primary means of serving its members.

IMPORTANT NOTICE:  Your use of this website is subject to the terms and conditions in our Legal Notices and Privacy Policy.  Please make sure you fully understand both your rights and limitations regarding use of this site, and do not use our site unless you agree to all its terms, conditions, and policies.